A senior Dutch diplomat at the Netherlands embassy in Moscow was beaten up at his home in the Russian capital by unknown attackers who scrawled the letters “LGBT” on a mirror, officials said Wednesday. 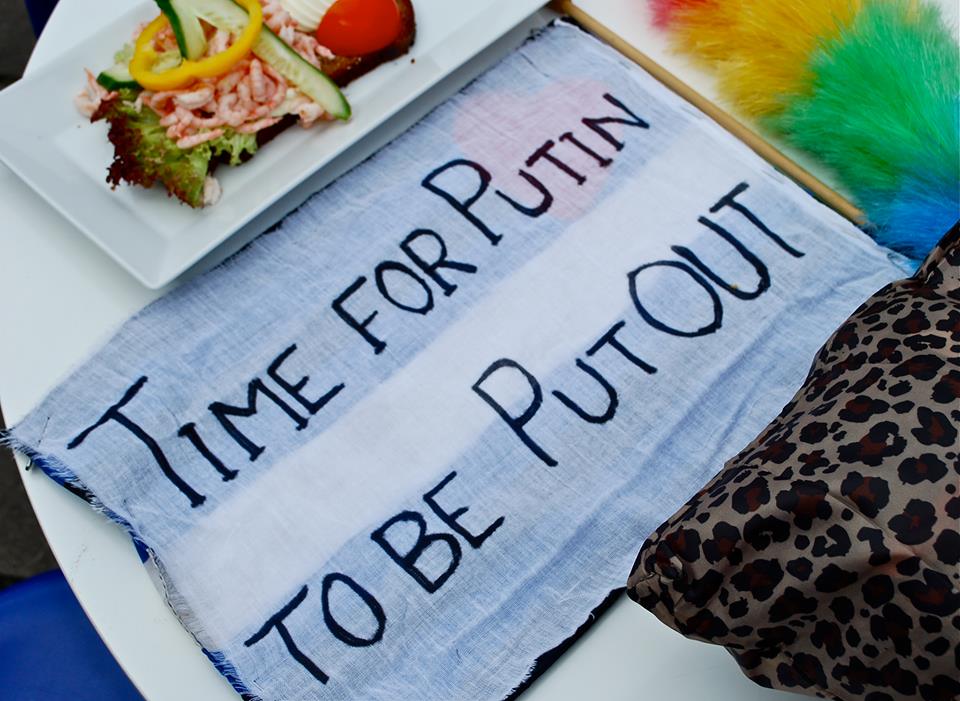 The incident comes amid growing tensions between Russia and the Netherlands over the arrest by the Russian authorities of the 30 crew of a Dutch-flagged Greenpeace ship campaigning against oil drilling in the Arctic.

The deputy head of the Netherlands mission in Moscow, Onno Elderenbosch, was approached at his home by men who presented themselves as electricians and then beat him up, Russian news reports and officials said.

The intruders who broke into his flat took nothing but scrawled in pink lipstick the letters LGBT (standing for lesbian, gay, bisexual and transgender) and a drawing of a heart, the Interfax news agency and lifenews.ru website quoted a security source as saying.

The diplomat, 60, was not badly harmed and did not seek medical attention, the reports added.

The Russian Investigative Committee, which handles criminal probes into major crimes, confirmed that a Dutch citizen had been attacked on Tuesday evening.

It said in a statement that the intruders bound the diplomat with tape and later fled the scene. A criminal inquiry has been opened into an illegal break-in.

Dutch Foreign Minister Frans Timmermans confirmed the attack on his Facebook page, saying that Elderenbosch was assaulted by two intruders. He said he had called the diplomat, who was now doing fine.

Timmermans added that he was summoning the Russian ambassador for explanations over attack on Elderenbosch, who is the number two diplomat at the embassy in Moscow.

“Our citizens must be able to work in all security and I want assurances from the Russian authorities that they are going to take their responsibilities on this point,” he said.

Tensions between Russia and the Netherlands surged last week when police in the Hague detained a Russian diplomat over accusations he was mistreating his children.

The Netherlands later apologised for breaching the Vienna Convention on diplomatic relations.

The intruders to Elderenbosch’s flat in central Moscow had told him there was no light on his floor and asked if they could check the electricity in his apartment.

“When the diplomat opened the door, he was hit in the back and he fell, hitting his head on the floor,” it quoted a security source as saying. “The intruders then bound him and turned the apartment upside down.”

The Netherlands have launched legal action to free the Greenpeace activists, who have been charged with piracy and face up to 15 years in jail.

The Greenpeace crew have been held in Murmansk for almost three weeks after their ship Arctic Sunrise was seized by Russian security forces in a commando-style operation in Arctic waters.

Two of their activists climbed up an oil platform owned by Russian energy giant Gazprom which plans to start producing the first oil from Russian Arctic waters next year.

The so-called “Arctic 30” have been placed in pre-trial detention until November 24 and courts have so far rejected all requests for bail.