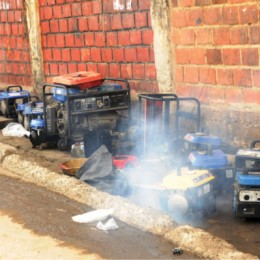 Two friends in the Swali suburb of Yenagoa, the Bayelsa State capital have been killed by generator fumes, reports have said.

The victims, both female, identified as Patience Augustine and Esther were found dead in their room.

The other victim, Esther, aged 35, an indigene of Ondewari, in Southern Ijaw Local Government Area of Bayelsa State, was until her demise, a trader who dealt in kerosene and sachet water at Swali market.

The duo, according to reports, left a generator running in the corridor of their home and fell asleep while watching television.

It was learnt that the late Esther was not feeling fine and had asked her friend, Patience to come over and pass the night with her when tragedy struck.

Other residents became suspicious when the two friends did not come out in the morning, reports further said, prompting them to force the door open. Their lifeless bodies were found on the bed.