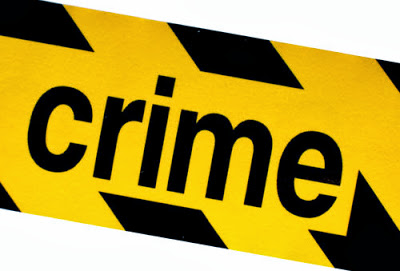 We include these graphic photos because it gives the stories more life..you know the say seeing is believing, but this particular photo is horrible. I’d advice you not to look at it, but first the story.

A 33 year old man is on the run after murdering his wife with acid. On Friday October 11th, a man named Sunday Eze from Obiofia Nnewichi Nnewi in Anambra State, went to his father-in-law’s house at Edoji Uruagu to see his estranged wife, 23 year old Ebere Eze (Nee Agwuncha) who had moved back to her father’s house after falling out with her husband. The victim’s in-law said Sunday came to the house that Friday and claimed he had recently bought new plots of land he wanted his wife to see. He managed to convince Ebere to go with him to go see the land. As they approached Oraifite/Ichi axis in Ekwusigo Local Government, Sunday Eze turned on his wife and attacked her. He beat her with iron and poured acid on her. He then forced some of the acid down her throat.

The lady’s screams attracted some policemen who were passing by the area but by then, her attacker was long gone. The policemen rushed her to Nnamdi Azikiwe University Teaching Hospital Nnewi where she later died.

According to the victim’s in-law Sunday called his wife’s family yesterday Sunday 13th demanding for forgiveness for what he did, but not really saying why he attacked his wife so viciously. Sunday Eze is wanted by the Nigerian police. See the graphic pic 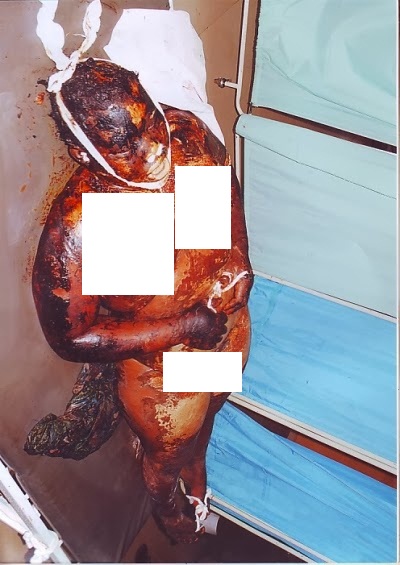