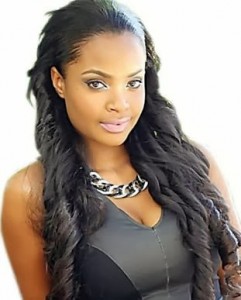 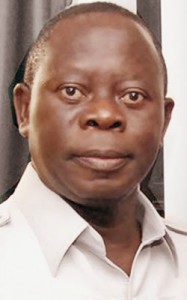 It’s  funny how people in this 21st century, where we have Twitter, Facebook, Instagram and even camera phones, believe that they could get away with their unjust actions and then deny it when caught.

The visit of  BBA winner, Dillish Matthew to Edo state to visit the Governor, Adams Osiomhole hit the internet and it hit hard.

Criticism came from all angles so there had to be a reaction from Edo state government, even though it wasn’t a smart one.

Well, if we really look at the schematics; Dillish wasn’t hosted by the Edo state government, no, she has hosted by Governor Adams Oshiomhole himself.

Why?? She wasn’t hosted at the government house, but the governor’s private house in Edo state.

Sources say Dillish and a few other girls were there on Saturday October 19th but before Dillish honored his invitation, she gave a condition for accepting the invitation – she would only pay a courtesy visit and nothing more.

Our attention has been drawn to a news report in Daily Independent of Friday, October 25, 2013, where one Mr. Eddie Iroh was quoted as expressing displeasure on a rumoured hosting of Dillish, the winner of Big Brother Africa. In the said report, Eddie Iroh was said to have “condemned the Governor for spending state’s funds so recklessly”.

The report added that “ the likes of Governors Oshiomhole, Fashola and Dickson who are in the habit of dipping their hands into public funds on such ventures should have known that in civilized climes, such celebrations were funded from the Governors’pockets and not public funds”. How libelous!

From the above, it is obvious that Mr. Eddie Iroh is suffering from brain wave. First, it would have been a thing of interest for Edo State Government to host the said BBA winner, Dillish, to justify her well-advertised declaration in the BBA House that Edo State people are very hospitable. That in itself was a global endorsement that is purely priceless. Again, if Dillish would agree, as a BBA ambassador, Edo State Government would be willing to host her in future to prove to cynics and naysayers like Eddie Iroh that Edo State is indeed, not only hospitable, but also a safe haven for those who intend to do legitimate business in the State. It will be a departure from orchestrated and concocted stories often peddled by jobless people like Eddie Iroh, who rather than devote their old age to reflect on their absurdities when they called the shots, have now taken to the cyber space for surfing cheap gossip, chit-chat and unfounded allegations.

To the best of our knowledge, Edo State did not host Dillish in whatever material particular. This could be verified from the Governor’s daily routines which are usually available for public consumption and can be confirmed from the Protocol Department of the Governor’s Office or Government House. Mr. Eddie Iroh’s comment is pure hallucination. Eddie Iroh’s story is an open sore that is festered with several incongruities, inanities, ambiguities and failing memory. He should provide evidence to show that Governor Oshiomhole dips his hands into public funds to host his private visitors or simply keep his mouth shut. We have gone past the age of Eddie Iroh, an age of those men of yesterday, who abused public institutions they presided over, to fest their nest at the expense of tax payers’ money. In Edo State, we are not only accountable to the people; we have also earned their respect and trust.
Signed
PRINCE KASSIM AFEGBU
SPECIAL ADVISER MEDIA & PUBLIC AFFAIRS TO THE EDO STATE GOVERNOR