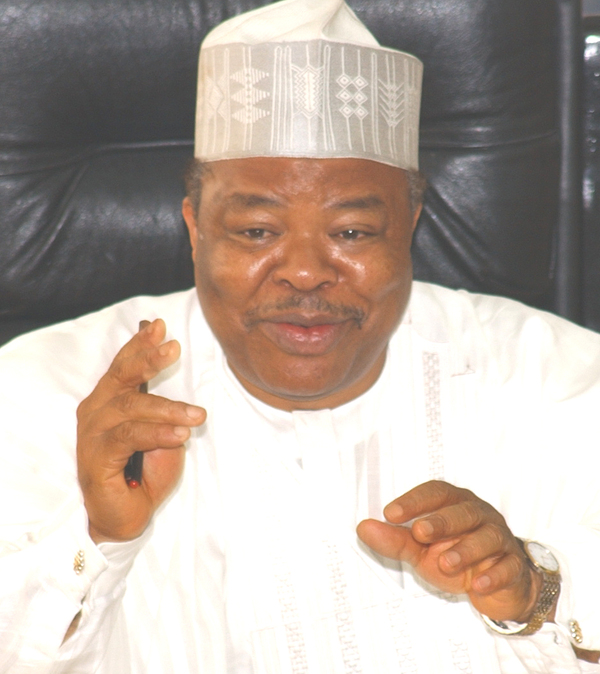 Former Deputy Senate President, Alhaji Ibrahim Mantu yesterday shed more light on how the Presidency in cahoots with the leadership of the Peoples Democratic Party, PDP, attempted to scuttle the emergence of Aminu Waziri Tambuwal as Speaker of the House of Representatives.

The PDP had rooted for a continuation of the zoning formula which could have seen to the emergence of Hon. Mulikat Akande-Adeola from Oyo State as Speaker of the House but members, who were not favourably disposed to having their leader tied to the apron strings of the presidency in particular, elected Tambuwal from Sokoto State with the active connivance of the opposition, as Speaker.

However, speaking last Friday when he received the Speaker at the Abuja residence of the late Solomon Lar on behalf of the family, Mr. Mantu disclosed that the late Lar, who was the founding chairman of PDP and second republic governor of Plateau State, rebuffed attempts to stop Tambuwal’s election as Speaker of the House of Representatives.

According to a a statement yesterday by Special Adviser to the Speaker on Media and Publicity, Imam Imam, the former Senator was quoted as saying “There were moves to draft the late politician to persuade Tambuwal and his supporters in the House to jettison his interest to contest for the speakership and support the PDP’s decision that zoned the position to the South-West.

“When you were elected as Speaker, I was with the late Lar when they came to this house telling him that you had violated the party’s decision, and he should intervene and advise you to toe the line of the party.

“He not only expressed disappointment with the request but insisted that you did nothing wrong as it was democracy in action and vowed never to intervene. He later went to the Villa and asked them to allow the wish of the majority to prevail”, the statement said.