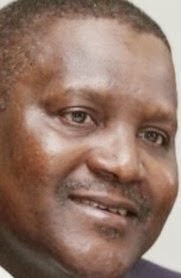 According to a story by Encomium magazine, Bishop David Oyedepo, Alhaji Aliko Dangote and Dr. Mike Adenuga are among the top 10 Nigerian billionaires who will pay hundreds of millions of naira annually as luxury tax due to the imposition of a whooping $4,000 luxury tax by Aviation Ministry on private jet owners and operators per departure.

Some of these super rich Nigerians make use of their jets 3/4 times in a week either within or outside Nigeria and for every trip, it’s a cool $4, 000 tax.

According to our sources, among the four jets owned by Bishop Oyedepo (Gulfstream V and G550, Bombardier and Gulfstream G430), he uses three regularly personally and for his missionary work. Thus, his luxury tax annually will be an average of N399 million.  Alhaji Aliko Dangote who has three private jets in his hanger will also pay an average of N399 million per annum.  Dr. Mike Adenuga, Jnr, whose Falcon 7x and Bombardier jet are used for personal and business purpose should pay an average of N266 million.  Governor Rotimi Amaechi and his Akwa Ibom counterpart, Governor Godswill Akpabio would shell out an average of N166.4 million annually.  Pastor Ayo Oritsejafor falls into the same category of N166.4 million naira payer.  Meanwhile, Pastor Enoch Adejare Adeboye, Jide Omokorie and Ifeanyi Ubah would pay an average of N133 million annually, while Jimoh Ibrahim falls within the N100 million category.  Furthermore, the richest woman in Nigeria, Folorunsho Alakija would spend N66 million on luxury tax.

Findings by Encomium Weekly revealed that the top 10 private jet owners who would cough millions annually on the new luxury tax are below.