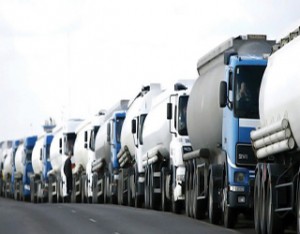 The conflict rocking the Warri Zone of the Independent Petroleum Marketers Association of Nigeria (IPMAN) has assumed a new twist with a faction of the body accusing members of the House Representatives of fueling the crisis and threatening scarcity of petroleum products in the zone.

In a letter to the Speaker of the House of Reps, Aminu Tambuwal, signed by A. T. Oyebisi, a section of the Warri Depot IPMAN with under the aegis of Concerned Independent Petroleum Marketers accused the House Committee on Petroleum (Downstream) headed by Dakuku Peterside for highhanded and prejudice in its intervention on the crisis.

Among its worries, the group said, “Firstly, one decision of the committee was that all parties who have taken their various grievances to courts were implored to withdraw such cases as the committee will grant audience to all factions to table their grievances.

“It is shocking that when several of such cases are still pending in the courts, the committee has decided to enforce its other decision to summon all sides with intent of resolving all the issues and avoid resurrection of the conflict of interest that provoked involvement of the house committee in the first instance.”

The group consequently implored the Speaker to prevail on the Dakuku-led Committee to suspend its intervention, including planned visit to the Warri Depot by a committee it has empanelled pending the determination of the allegations of compromise and intimidation being levelled against it. [Vanguard]