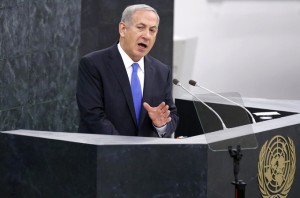 Israel has announced plans to build 1500 new homes in east Jerusalem, the part of the city claimed by the Palestinians, just hours after it freed a group of Palestinian prisoners as part of a deal to set peace talks in motion.

The settlement construction was seen as an attempt by Prime Minister Benjamin Netanyahu to make up for the prisoner release, for which he has been sharply criticised at home. The prisoners were jailed for deadly attacks on Israelis.

Interior Ministry spokeswoman Lital Apter said on Wednesday that the 1500 apartments would be built in Ramat Shlomo, a sprawling settlement in east Jerusalem. She said Israel also plans to develop an archaeology and tourism site near the Old City, home to Jerusalem’s most sensitive holy sites.

Israel captured east Jerusalem, along with the West Bank and Gaza Strip, in the 1967 Mideast war. The Palestinians want all three areas for a future state, with east Jerusalem as their capital.

Israel considers all of Jerusalem to be its eternal capital, and Netanyahu has vowed never to divide the city. Israel has built a series of settlements, including Ramat Shlomo, to solidify its control.

Although Israel’s annexation of east Jerusalem is not internationally recognised, it considers these settlements to be neighbourhoods of the city.

The release of 26 Palestinians after midnight on Tuesday was the second of four prisoner releases meant to restart Israeli-Palestinian talks in an effort to reach a final agreement between the two sides.

The Palestinians had long refused to resume peace negotiations with Israel unless it ends settlement construction in the West Bank and east Jerusalem.