Ivory Coast put one foot in Brazil after they defeated Senegal 3-1 at home in their first leg play-off qualifier for the 2014 FIFA World Cup. 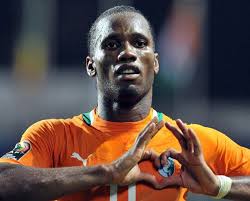 Goals by Didier Drogba and Solomon Kalou, sandwiching a Lamine Sané own goal, gave the Elephants a 3-0 lead before Papiss Cisse got a vital away goal for Senegal late on in the match.

The home side got a dream start only four minutes into the tie when Gervinho was brought down inside the box and the referee awarded a spot kick to the Elephants. Drogba was entrusted with the responsibility of opening the scoring from the penalty and he duly obliged as he sent Senegal keeper Bouna Coundoul the wrong way to make it 1-0.

The Ivoirians were running riot on the Senegalese defence early on the match. Kalou broke out on a counter attack and unleashed Gervinho on the left flank and the former Arsenal man saw his shot deflect off Senegalese defender Lamine Sané and wrong-foot Coundoul to make it 2-0 in the 14th minute.

Five minutes before the interval, Gervinho broke free and rounded off the keeper but then missed a huge chance as his shot was cleared off the line by a defender, although he was signalled for offside by the officials.