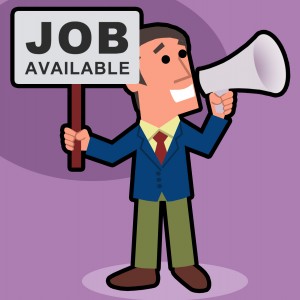 Payment of application fees to be recruited into government agencies like the Nigerian Prisons Service (NPS), Nigeria Security and Civil Defence Corps (NSCDC) and the Nigeria Immigration Service (NIS), which many describe as extortion has been halted with immediate effect by the House of Representatives.

Giving the order on Wednesday, the House also asked the NIS to stop with immediate effect, the collection of N1,000 application fees it has been collecting from applicants and to also make refunds to those who had already paid the said fees.

The Joint Committees on Public Service Matters, Employment, Labour Productivity and Anti-Corruption, National Ethics and Values, has also directed the Secretary of the Board of the NIS to produce the consultants handling the current recruitment exercise, the bank accounts which the applicants have been paying monies into, as well as the amount collected to date.

The directives came as the committee commenced investigations into allegations of job racketeering in the recruitment into the Federal Public Service.

There had been public out cry on incidents of racketeering in recruitment into the Federal Civil Service, with some officers of the NIS even dismissing as a joke, the current recruitment exercise in the agency.

So far, the probe has revealed that apart from the illegal application fees, most Ministries, Departments and Agencies (MDAs) have jettisoned Public Service Rules on recruitment and adopted extraneous methods of selection of applicants through the back door.

Chairman, House Committee on Public Service Matters, Hon. Andrew Uchendu, said there was no reason why a Nigerian citizen should be made to pay N1,000 for a job he was not sure of getting.

Describing the practice of job racketeering as illegal and unacceptable in Nigeria, Uchendu directed the NCS to provide the committee with its nominal roll and the list of all officers enlisted into the service in 2011.

The data, he said, should include their grade levels, states of origin and their qualifications.

The committee also discovered that the Corporate Affairs Commission (CAC), had been recruiting its staff over the years without following the due process.

Director of Human Resources at the commission, Mrs Laraba Shuaib, who didn’t deny the allegation, however, said the trend was being reversed to bring it in conformity with the civil service rules and regulations.

Declaring the investigation opened, Speaker, House of Representatives, Hon Aminu Tambuwal, vowed that the House would do everything within its powers to put an end to job racketeering.

“It is tragic that in a nation with such a high degree of unemployment, people can be so heartless as to make job-seekers pay for the opportunity of contributing their quota to the development of their fatherland.

“This means that however qualified they are, unless they can cough out the bribe, they won’t get the job.

“There is no doubt that the rise in violent crime today is related to the fact that millions of our people are jobless and therefore more vulnerable and easier to lure into a life of crime.

“This situation cannot be allowed to continue. We are denying our youth the opportunity to provide our country with the right manpower. We are throwing away any chance we have of staffing our ministries and agencies with the calibre of people that can translate government policies into action,” Tambuwal said.