Ghanaian leading man, John Dumelo donated school supplies including pencils, chalks, erasers and exercise books to over 100 pupils of St. John Of God Catholic School in Cameroon, via his John Dumelo Foundation. The school, located in a town called Bonadikombo, around where the actor had been filming, also got an unspecified amount of money to help in running the school. 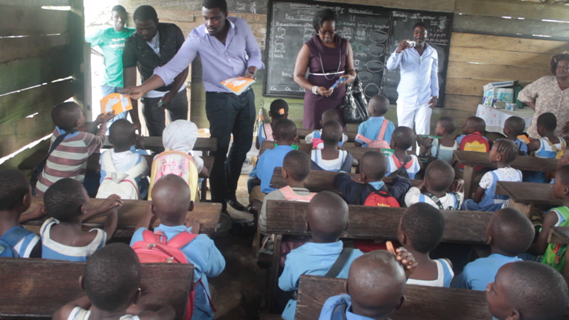 John Dumelo visited Cameroon right after his short trip to the US, and he was in the coastal town of Limbe where he shot a movie as well as part of his upcoming reality TV show. He promised to go back to help renovate the school building. More photos after the cut… 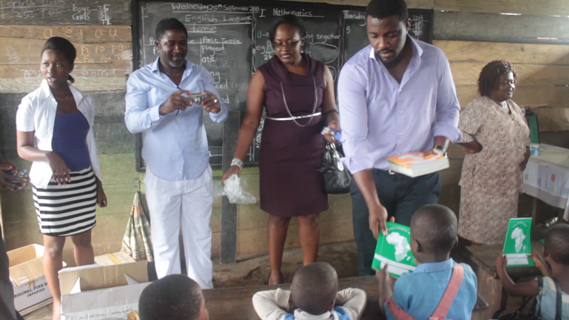 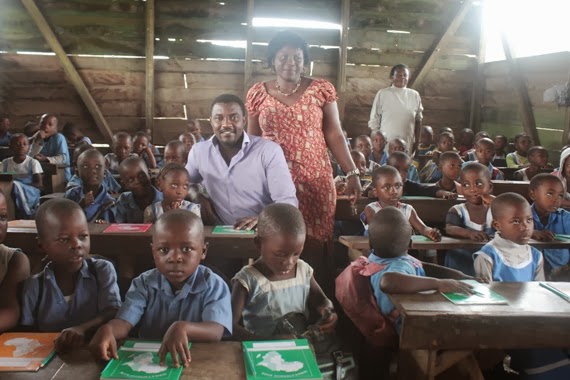 This is the second country outside Ghana that the actor and fashion entrepreneur has expanded operations to. He has also been in Sierra Leone, where he did similar donations about 3 months ago. In Ghana, he has donated to schools in rural areas including the North, Eastern, Western And Central Regions.

According to John, “I also started the John Dumelo Scholarship Scheme for university students starting with the University of Ghana last year. Hopefully more students will be included in this scheme in the coming academic years.”
So far all the activities of the foundation in the last 5 years of existence have been self-funded by John Dumelo.
AdvertisementClick Here To Join The 10,000 Naira Giveaway For 100 People!