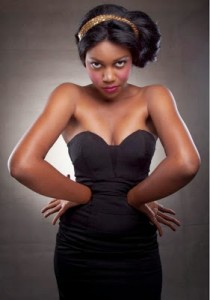 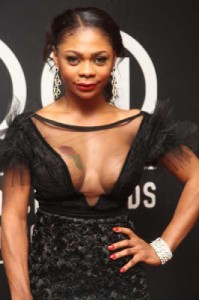 This is very hilarious. I bet you all heard about how Ghollywood actress and model, Yvonne Nelson claimed her Twitter account was hacked and in the process, a lot of offensive tweets were sent out to various celebrities. If you haven’t heard, just chill, i will give you the gist later.

So, former BBA winner, Karen Igho is one of the many who does not believe that Yvonne Nelson was hacked.

Karen went on her on Twitter page and blasted the Ghanaian actress into pieces, you trust Karen naaaa, LMAO!

Karen later deleted her tweets and jokingly claimed she was was also hacked.

Check out her Tweets below….. 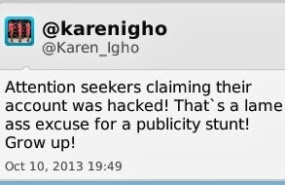 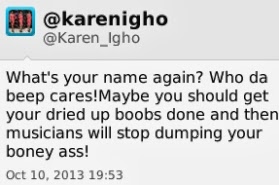