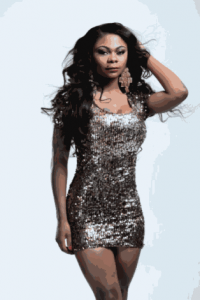 Winner of the 2011 Big Brother Africa reality TV show and outspoken character, Karen Igho, decided to let out some honest details about her personal life on Twitter.

Karen says her ex boyfriend left her “because she became famous and he couldn’t deal with it”.

She also advised that it is better to be single than to be in an abusive relationship.

The celebrity also confesses that one needs to have a tough skin in such kind of industry she is involved in.