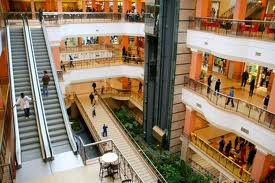 Four armed men believed to form the bulk of the al-Shabab group which attacked the Westgate shopping centre in Nairobi have been identified by Kenyan authorities.

After the release of video footage of the men inside the mall, Major Emmanuel Chirchir on Saturday identified them as Abu Baara al-Sudani, Omar Nabhan, Khattab al-Kene and a man known only as “Umayr”.

All “were terrorists”, he said, adding that they had all been killed by Kenyan forces at the mall.

Kenya’s police chief, David Kimaiyo told the KTN television station on Saturday that between four and six armed men were involved in the attack. Police had earlier believed that there were up to 15 fighters in the group.

The Somali armed group, al-Shabab, said it had carried out the attack, which began on September 21, lasted 80 hours and killed at least 67 people, with live update on micro-blogging site Twitter from an account believed to belong to the group.

General Chirchir said that Al Sudani, from Sudan, was the leader of the group and had been trained by al-Qaeda.

Nabhan, a Kenyan of Arab origin, was born in Mombasa and travelled to Somalia with his uncle aged 16.

Kene was a Somali from the capital Mogadishu, and was linked to al-Shabab, Chirchir said. Umayr’s other names, nationality and biography were “not yet identified”, he added.

Police chief Kimaiyo said that Samantha Lewthwaite, a British woman dubbed the “white widow” by media, was not involved in the attack.