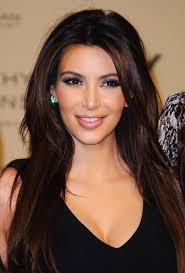 Just four months after the birth of her daughter North West, Kim Kardashian has snapped back to her pre-baby body.

After suffering intense media scrutiny during her pregnancy, the reality TV starlet has been photographed around the world flaunting her curves, leaving critics wondering, “How exactly did she lose all that weight?”

Kardashian took to Twitter this weekend to reveal the secret to her weight loss success.

“I’ve actually been doing the Atkins diet & luv it,” she tweeted to a fan on Sunday.

Highly popular in the early 2000s, the Atkins Diet has been attacked by critics questioning its heart healthiness. Under the low carb, high protein plan, past dieters have replaced starchy carbs with foods high in fat and cholesterol.  Despite these claims, Kardashian, a former spokeswoman for the controversial QuickTrim diet system, stands by the strict Atkins routine.

“Kim Kardashian wanted a balanced and effective way to lose weight following her pregnancy and she chose Atkins,” Colette Heimowitz, Vice President of Nutrition for Atkins Nutritionals, Inc., told ABC News in a statement. “he ate lots of lean proteins, veggies, fruits, and healthy fats like avocado and nuts. She experienced previous success on the plan, and knew she needed something that works.”

Along with dieting, Kardashian has been spotted working out with her famous beau Kanye West. Most recently, the pair attended an intense Barry’s Bootcamp session early Friday in Sherman Oaks, Calif.