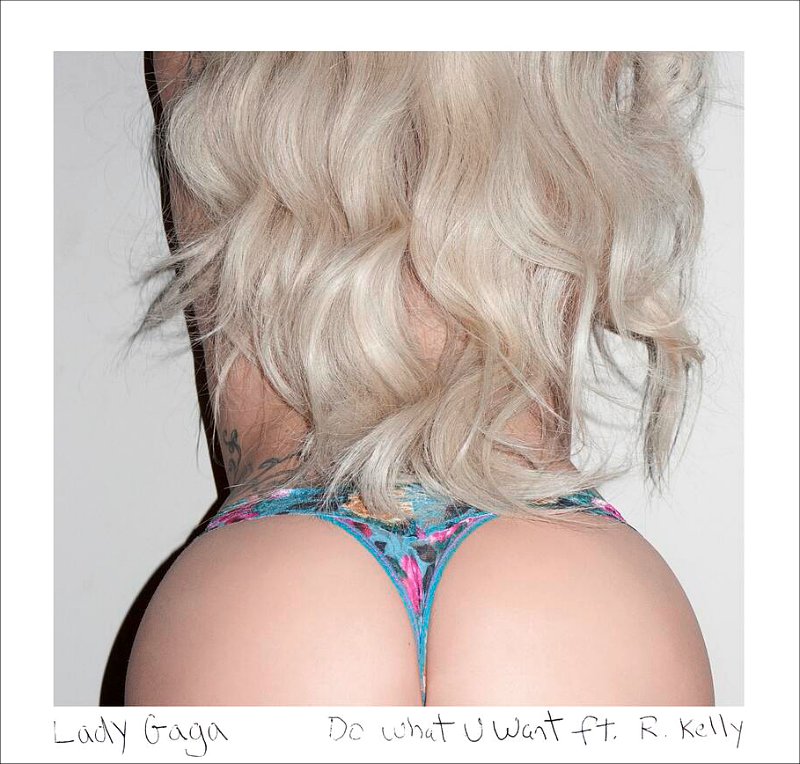 After previewing new track called “Do What U Want”, Lady GaGa shares the official cover art for the R. Kelly-assisted song. “OFFICIAL DO WHAT U WANT FEAT @RKelly COVER ART,” the Mother Monster tweeted on Friday, October 18, captioning an image of her baring her derriere.

GaGa has also recently shared a promotional picture for the new track. Shot by Inez van Lamsweerde and Vinoodh Matadin, the image sees the Mother Monster posing naked and being covered with grass and dirt.

Set to be released on Monday, October 21, “Do What U Want” is included in GaGa’s highly-anticipated new album “ARTPOP”. The snippet of the track appears on the new advertising for Best Buy’s Beats by Dr. Dre Beats Studio headphones.

GaGa recently took to twitter to praise collaborator Kelly, writing, “I REPEAT R KELLY IS ON ARTPOP. AND HE SOUNDS INCREDIBLE.”

“ARTPOP” is set to be released on November 11. GaGa has announced that “Venus” will serve as the second cut off the record, following up hit