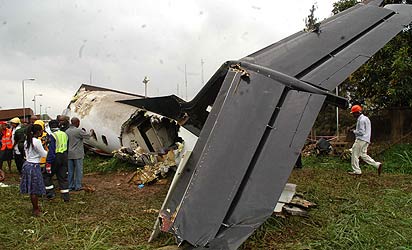 Speaker of the House of Representatives, Aminu Tambuwal on Thursday called for a thorough investigation into the remote and immediate causes of the Associated Airline plane crash in Lagos.

A statement signed by his Special Adviser on Media and Public Affairs, Malam Imam Imam, in Abuja, quoted the Speaker as saying the crash was “tragic and sorrowful”.

The News Agency of Nigeria (NAN) reports that the aircraft, carrying the remains of former Gov. Olusegun Agagu of Ondo State, crashed at the local wing of the Lagos airport, killing 11 persons.

The speaker particularly expressed sympathy to the Agagu family, saying they needed all the support and encouragement of all Nigerians “in this dark period”. (NAN)