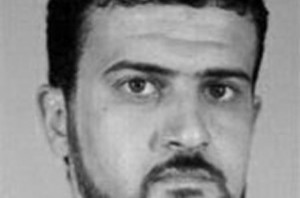 An alleged senior al-Qaeda figure captured in Libya has pleaded not guilty in a US federal court to allegations he was involved in the 1998 bombing of the US embassy in Kenya.

The appearance of Abdul-Hamed al-Ruqai, better known as Abu Anas al-Liby, comes 10 days after a US Army squad captured him in the Libyan capital, Tripoli and sent him to a US Navy ship in the Mediterranean Sea for interrogation.

Judge Lewis Kaplan read out the list of conspiracy charges against him before adjourning the next hearing until October 22.

The 49-year-old, wearing loose white sweat pants and a black sweatshirt, had his hands cuffed behind his back as he appeared in the federal court in New York, where he was indicted by a grand jury in 2000.

Liby spoke in a gravelly voice only to confirm his name and age, and that he understood the proceedings.

He is accused of conspiracy to murder, kidnap and maim Americans and of plotting to maliciously damage and destroy US property, and attack US defense buildings

The August 7, 1998 bombings of the US embassies in Kenya and Tanzania killed 224 people and wounded thousands of others.

Liby, a computer expert, was on the FBI’s most wanted list with a $5m price on his head for his presumed role. [AlJazeera]