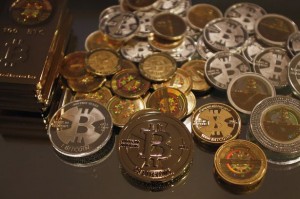 A single absent-minded purchase has turned into a 5 million kroner (£551,500) windfall for one man in Norway.

He promptly forgot about them, only to discover that they are now worth over half a million pounds.

Koch bought 5,000 bitcoins while writing a thesis on encryption in 2009, and only remembered about them after media coverage of the currency earlier this year.

After he eventually remembered the password for his encrypted online wallet, he found an impressive stash.

The huge rise of the bitcoin has meant that within the space of four years, Kosh has seen return of 3,281,500%.

Koch has exchanged one fifth of his 5,000 bitcoins and bought an apartment in Toyen, one of the Norwegian capital’s wealthier areas.

The value of the bitcoin has since plummeted by 20%, following the arrest of a man accused of running the world’s biggest illegal drugs website Silk Road.