A 43-year-old police marksman has reportedly shot himself in the chest after a fight with his girlfriend who cheated on him. 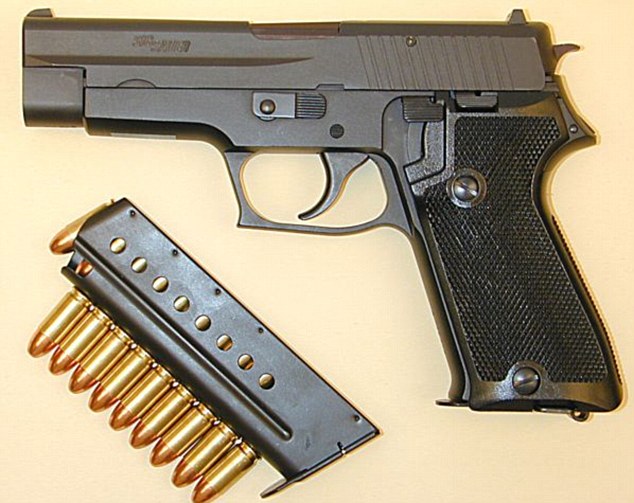 Colin Smelt, from North London, blasted himself in the chest with his police issue Glock pistol after finding out his girlfriend slept with his colleague

Reports revealed that Smelt was an emotionally fragile man who did not cope well when romantic relationships broke down – and had a history of threatening suicide.

He went to see his girlfriend after learning she cheated. She then told him she was no longer interested in the relationship.

Breaking into tears several times as she gave evidence, the young woman, Ms Jordan said the next morning she had arranged to have dinner with him and said: ‘I kissed him on the cheek and said goodbye.”

‘We were texting all day and at 4pm that was the last I heard from him.’ Asked what were in the text messages, she said: ‘He said “I love you very much”.

‘He started to apologise to me as if he had done something wrong. I said “but you haven’t don’t anything wrong”.’

At 4pm she sent him a text asking if she should go over that night, but she never got a reply. Worried after she didn’t hear from him, she called some of his colleagues to ask them to check on him.

However, Ms Jodan told the hearing that she never thought he would kill himself.

She said: ‘I just didn’t want him taking his motorbike out and driving 300 miles an hour – I wasn’t thinking he would take his life.’

She said Smelt – a keen motorcyclist, skier and scuba diver – was ‘outgoing’ and had a ‘real zest for life’.