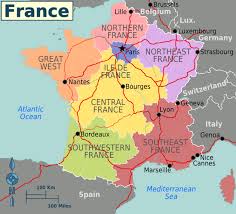 A man who recently purchased an apartment in France experienced quite a shock when he opened the door of his new abode and found the previous tenant’s body inside.

According to Le Parisien, a man was recently found dead in a Bussy-Saint-Georges flat eight years after an apparent suicide. On Wednesday, police identified the body as Thomas Ngin, a Cambodian man who worked as a security guard before his death in 2005.

Ngin, who would have turned 50 this year, is believed to have hanged himself after he was let go from his job. Since Ngin had previously cut ties with his family, there was no one to report him missing, Radio France Internationale reports.

His mummified corpse was not discovered until last Friday, when a locksmith and the new owner of the apartment entered the property, according to local reports. Ngin was found hanging by a bedsheet behind the front door.

While it may seem outlandish that Ngin’s corpse was undisturbed for eight years, as France’s The Local notes, there have been several recent reports of bodies being found months or years later.

In Ngin’s case, though bills and letters piled up throughout the years, it appears no one attempted to enter the apartment. As Le Parisien reports, neighbours knocked on his door and emptied out his mailbox at times but assumed he had left the country.

Receiving no response from the tenant, the resident’s association ultimately decided to sell the property. But with debts mounting against Ngin, it was instead seized by his bank and sold at auction earlier this month. It wasn’t until days later, when the new owner came to clean out the apartment, that the gruesome discovery was made.

“This is the tragedy of the greater Paris area,” a source familiar with the case told the Agence France-Presse, “that capacity of being isolated in the middle of the crowd.”