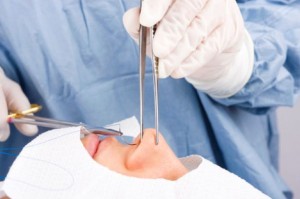 A man furious at the result of an operation on his nose, stabbed a doctor to death and wounded two others at a hospital.

The 33-year-old man carried out the attack at a hospital in Wenling city, Zhejiang province, China. He had gone to the ear, nose and throat department looking for the doctor who treated him, but he was not there.

He pulled out a knife and stabbed the head of the department instead.

He also stabbed two other doctors before he was restrained by security guards.

Earlier in the week, a man killed himself by jumping from a hospital building after stabbing a doctor six times in northeastern Liaoning province after a disagreement over complications from surgery on his arm.

Two doctors were also beaten up by angry family members of a patient who died in hospital in southern China’s Guangdong province.

China increased spending on healthcare by 12% from 2012, in recognition of official concern about a key driver of social resentment.

But hospitals are frequently overwhelmed with patients, and doctors are badly paid leading to corruption and a suspicion that staff are more interested in making money by prescribing unnecessary drugs and treatment than tending the sick.

The government this year has launched a sweeping crackdown on medical corruption, targeting foreign drug makers in particular.

Many other Chinese are simply unable to afford health care at all, despite government efforts to provide a basic safety net, which has also prompted attacks in the past.

The Health Ministry this week announced plans to provide better security at hospitals, saying that last year seven people were killed and 28 injured in assaults on medical staff.

Ministry data shows that violent attacks directed at doctors and other health care workers in the form of beatings, threats, kidnappings, verbal abuse and murder reached 17,243 cases in 2010, the latest year for which such figures are available.