Not only is songwriter Toby Sheldon a 33-year-old Justin Bieber fan, his Bieber-devotion would blow teeny-bopping Beliebers out of the water.

That’s because Sheldon went so far as to spend almost $100,000 on five years of plastic surgery to make him look like his idol, according to the British tabloid Closer.

This is what Sheldon looks like after all that plastic surgery he had done to resemble the 19-year-old Canadian crooner: 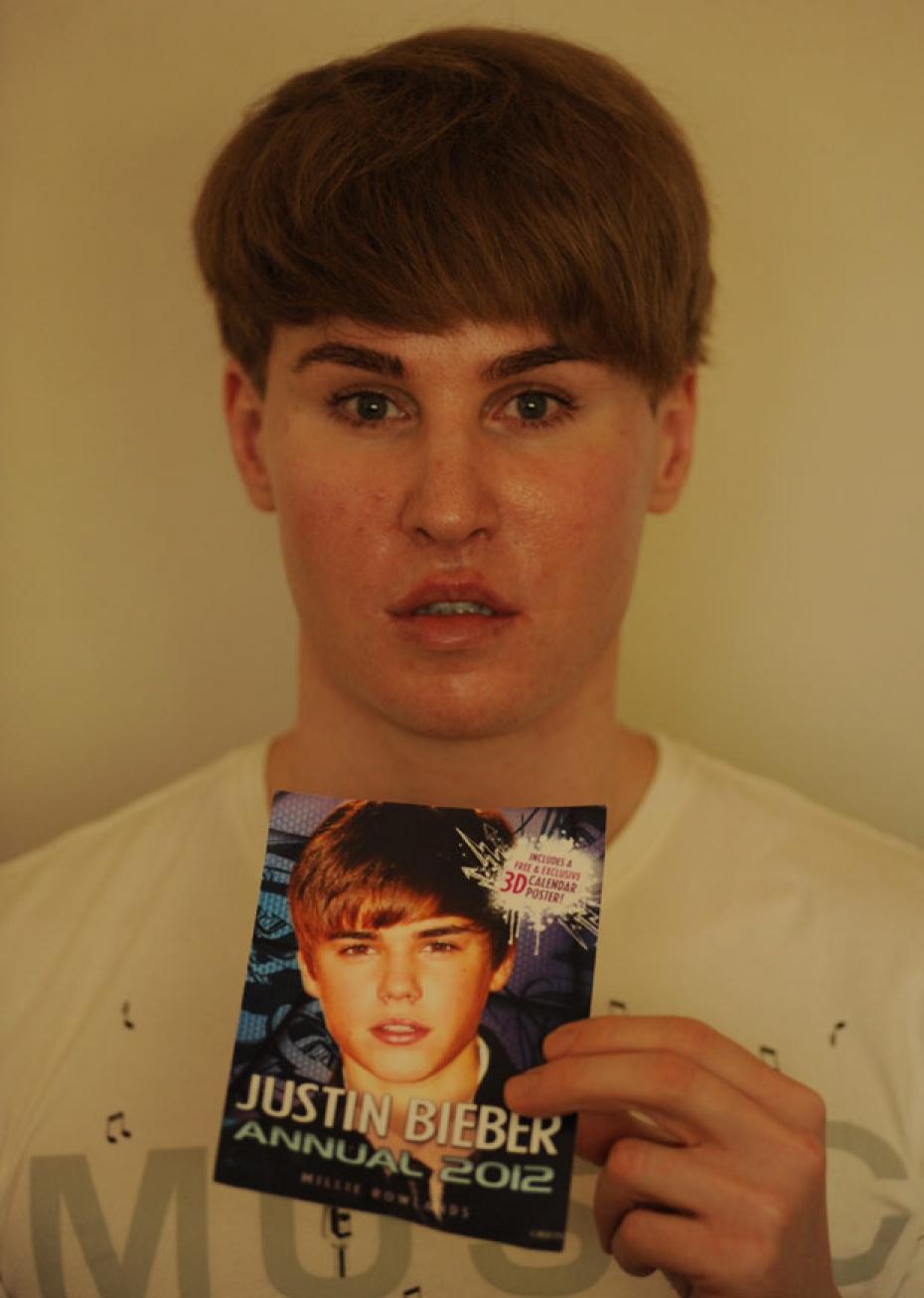 On top of Botox injections and hair transplants, Sheldon had costly “smile surgery” done to make his smile look just like Bieber’s, according to multiple reports.

“It’s Justin’s smile that gives him his youthful look. So I had my upper lip lifted [and] my bottom lip plumped out,” the musician told Closer.