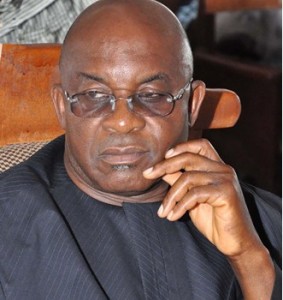 Senate President David Mark has appealed to victims of a recent communal clash in Benue to refrain from engaging in reprisal attacks as government was making efforts to address the matter.

The appeal was contained in a statement issued on Sunday in Abuja by Mark’s Chief Press Secretary, Mr Paul Mumeh.

The statement quoted Mark as making the appeal when he addressed the people of Ogwule-Ankpa in Agatu Local Government Area of the state during his visit to the crisis-ravaged communities.

Mark, who expressed concern over the crisis which claimed 17 lives and left 50 houses burnt, said:

“I can feel your pains and agonies. It is a disturbing situation. However, vengeance or reprisal attack is not the answer.

“It is the primary responsibility of government to protect the citizenry.

“Government would reinforce security in this environment so that you can return to your homes and go about your legitimate businesses.”

He called for cooperation between Benue, Kogi and Nasarawa Governments to ensure adequate security in boundary communities in order to check incursion by mercenaries.

The residents of the area had pleaded with the state and federal governments to provide relief materials while ensuring adequate security to enable victims return to their communities.

Mark, according to the statement, was accompanied by the member representing Apa/Agatu Federal Constituency, Mr Adamu Entonu. [NAN]