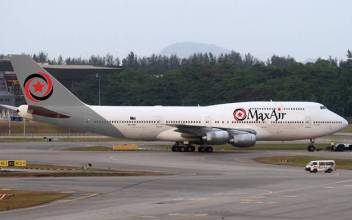 Max Air Ltd, on Sunday in Kano, refuted a report, which claimed one of its aircrafts had a collision in Lagos on Oct. 25.

“Our aircraft was parked on arrival at Lagos Airport, but a moving aircraft hit the end of its right wing.

“The impact damaged the winglet which has already been repaired and the aircraft had made two flights into Abuja after the incident”, the airline said.

It added that all the five Boeing 747 belonging to the airline, were involved in the airlift of Nigerian pilgrims from Saudi Arabia.

According to the statement, the airline has operated 27 flights into Nigeria, bringing the total number of pilgrims so far airlifted back home, to over 15,000. (NAN)