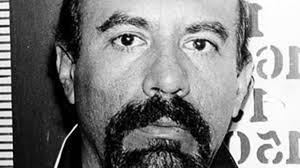 A high ranking member of a once-powerful drug clan was assassinated during a children’s party by a gunman dressed as a clown, authorities said Saturday.

Francisco Rafael Arellano Felix, the oldest brother of the Arellano Felix cartel, was shot in the chest and the head at a rental house at the Cabo San Lucas resort on the Baja California peninsula, multiple outlets reported.

The killer’s disguise included a wig and a round, red nose, officials told The Associated Press. A motive for the killing was not immediately clear.

Beginning in the 1980’s, the Arellano Felix cartel ran a lucrative drug business between California and the Mexican border city of Tijuana. The cartel was portrayed in the movie Traffic (2000), where it was shown battling for power with a rival cartel from the Mexican city of Juarez.

The cartel is said to have smuggled hundreds of tons of cocaine and marijuana in addition to other crimes ranging from murdering informants to bribing law enforcement and military officers.

Recently, however, a series of arrests and murders greatly diminished the Arellano Felix cartel’s power, according to the AP, although it reportedly continues to operate under the leadership of Francisco’s sister Enedina and her son Fernando, who is known as “El Ingeniero,” or “The Engineer,” according to Al Jazeera.

Francisco may not have been one of the family’s more influential members: He was serving time in prisons in both the U.S. and Mexico for drug charges during much of the cartel’s heyday.