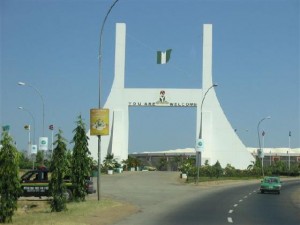 Police in Abuja are investigating the suspected murder of a female lawyer, Mrs. Ijeoma Micah, whose lifeless body was found mutilated, yesterday, in her chambers in the highbrow Maitama area of Abuja.

Ijeoma, the owner of Micah and Micah Chambers, was found dead in her office three days after she was said to have gone missing.

Her husband, who it was learnt, arrived from London on Sunday morning, rushed to her office, as it was gathered that he had not heard from her for three days, only to discover her lifeless body.

He reported the matter to Area Command of the police in Maitama.

Contacted on the development, Commissioner of Police FCT, Femi Ogunbayode, said that from investigations, it was discovered that some men had called Ijeoma to her office for some business, which she went for and afterwards, nothing was heard from her.

Ogunbayode told Vanguard that as a result of the killing, a security detail that was attached to Ifeoma was arrested and was being interrogated for alleged complicity.

He said that since the security detail did not report the case to the police until her husband came back from abroad and discovered her body, he was therefore a suspect.

He added that the Forensic Investigation Unit at the FCT Command was already at the office, where she was allegedly killed and had commenced investigation into the matter.

Sympathisers in the area said that the Ifeoma’s husband broke the door of her office and on seeing the lifeless body of his wife, almost killed himself while crying.

It was also gathered that Ijeoma’s car had been missing from the usual parking spot in front of her office building. [Vanguard]