The Football Association gave its backing to England manager Roy Hodgson on Thursday after he inadvertently created a media storm by telling his squad a joke about a monkey. 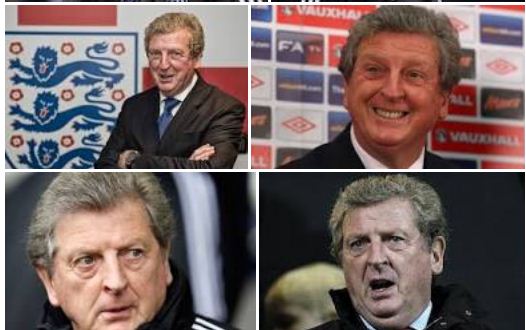 Hodgson apologised after several British newspapers reported that he had told the joke at half-time of his side’s 2-0 win over Poland on Tuesday, which saw them qualify for next year’s World Cup.

According to the reports, Hodgson encouraged his players to pass the ball to in-form Tottenham Hotspur winger Andros Townsend by telling a joke about a monkey being sent into space by US space agency NASA.

The word ‘monkey’ can have racist connotations, but although the joke concludes with the words “feed the monkey”, it is not racist in nature. Townsend is of Cypriot and Jamaican descent.

FA chairman Greg Dyke said that Hodgson was “a man of the highest integrity” and that he had “the full support of The Football Association”.

Dyke added: “He has fully explained to us what he said and the point he was making to the players in the dressing room at half-time on Tuesday night. He has also explained the context in which he made his remarks.

“He has made clear there was no intent to say anything inappropriate, and he was certainly not making any comments with any racist connotation. Importantly, he has apologised for any unintended offence that may have been taken.”

Dyke also said that the FA “has not had a complaint from any squad member or player representative, and we have today (Thursday) talked extensively to the squad”.

Hodgson had earlier issued a statement saying: “I would like to apologise if any offence has been caused by what I said at half-time.

“There was absolutely no intention on my part to say anything inappropriate. I made this clear straight away to Andros in the dressing room.

“I also spoke to Andros again on Wednesday. He has assured me and the FA he did not take any offence, and understood the point I was making in the manner I intended.”

Townsend expressed surprise at the newspaper stories, writing on Twitter: “I don’t know what all this fuss is about. No offence was meant and none was taken! It’s not even news worthy!”

“To be honest, it’s really annoying that something such as this should see the light of day,” Rooney said on his personal website.

“All the lads know what type of guy Roy is, and to try and pin some form of label on him is absolutely ridiculous.”

British anti-discrimination campaign group Kick It Out, which had called for the FA to launch an investigation into the incident, said it was satisfied by the organisation’s response.

“Kick It Out, football’s equality and inclusion campaign, is pleased that the FA has investigated this matter swiftly and issued its findings immediately,” it said in a statement.

“If there has been no complaint on the back of the investigation, then the matter can only be deemed as concluded.”

The joke, which reportedly emerged at NASA in the 1960s and 1970s, is about a man being sent into space for the first time alongside a monkey.

The astronaut becomes frustrated that the monkey is being asked to do all the work and radios mission control to ask what he should do.

Former England striker Stan Collymore was critical of the newspaper reports, writing on Twitter that the joke was inoffensive and that the story “demeans every anti racism campaigner by having (a) cheap pop at RH (Hodgson) who said NOTHING WRONG.”

However, the executive director of European anti-racism organisation FARE, Piara Power, said that the England manager should have chosen his words more carefully.

“Hodgson used (a) very silly term within a diverse team environment,” Power said on Twitter. “He should know better.”