The Nigeria Labour Congress has said that the forthcoming national dialogue should strengthen national unity and promote democratic governance in the country. 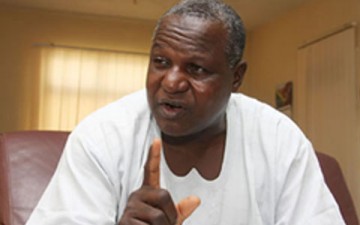 Acting National Secretary of the NLC, Mr. Chris Uyot, said in an electronic mail on Sunday that the NLC was not against the national dialogue but expected it to impact positively on the citizenry and ensure the defence of the nation’s sovereignty.

Uyot said in the mail, “The Nigeria Labour Congress has found it necessary to state in unambiguous terms its position on the proposed national conference.

“The Congress is not opposed to any form of national dialogue or conference or conversation as long as it is geared towards improving the quality of life of the Nigerian people, strengthen the bonds of unity, advance the cause of democracy, build our economy, create an enabling environment for the expression of our shared values and common heritage as well as defend our sovereignty.”

He said that it was the position of labour that Nigerians held regular dialogue on issues of collective concern to them, arguing that the frequent national dialogue involving the well being of the country should hold not only at the federal level but also at the state, local government and ward levels.

However, Uyot insisted that while the motive behind the conference was important.

“A meaningful dialogue can be achieved by men and women of character, wisdom, integrity, patriotism as well as courage, and not charlatans or hirelings,” he said.

He recalled that the NLC was part of the “national conference” under the military and the civilian administration of President Olusegun Obasanjo and offered alternative views during the period.

“It has no reason to shy away from any conference now. For the avoidance of doubt, the Congress believes Nigerians should regularly talk to themselves as well as talk to one another.

“The constituent parts should as often as practicable sit down to talk, to address the ills that plague our politico-socio-economic well-being, not only at the federal level but right to the village square,” he added.