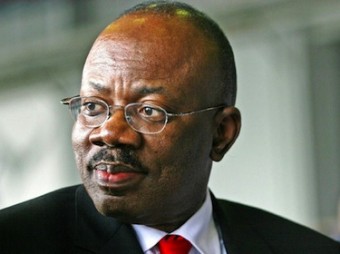 Africa, world’s fastest growing emerging market, is home to 55 billionaires, up from a previous estimate of 25, with an average net worth of $2.6bn, the new research says.

The price of oil, which topped $100 a barrel this year, up from $20 a barrel in early 2000, is adjudged to be at the root of this new crop of African billionaires.

With 55 billionaires, Africa is comparable to Latin America, which has 51 at the last count, according to Forbes . However, Africa has some way to go if it is to top the super-rich tally in Asia, which is home to 399 billionaires as of 2013.

The new study, undertaken by Ventures Africa, is the most extensive list ever compiled, claims founder Chi-Chi Okonjo. It reveals the “true wealth” of Africa’s richest people, he said.

Jim Ovia, founder and first managing director of Zenith Bank plc, one of Nigeria’s leading financial institutions, also made the list with net worth of $1.5 billion. Ovia is also the chairman of Nigeria’s fledging telecommunications company, Visafone.

According to Ventures Africa, there are a large number of African billionaires on its list whose fortunes have never been accurately calculated before. These include Strive Masiyiwa of Zimbabwe, who is worth $1.46 billion, and Abdulsamad Rabiu of Nigeria, whose net worth is $1.4 billion.

Rabiu is one of the most notable players in the real sector of the Nigerian economy, calling the shots in the cement industry with a large percentage of the nation’s cement market share. He also has interest in sugar and flour business in Nigeria.

“This list is a tribute to the entrepreneurial heartbeat within Africa,” said Okonjo.

The richest man in Africa remains cement, sugar and flour tycoon, Aliko Dangote. The Nigerian is worth $20.2bn. This figure is slightly up on Forbes’ estimation of $16.1bn for his wealth as of March this year.

Third on the list, Nigerian Mike Adenuga, with operations in the oil and telecoms industries, has an estimated fortune of $8bn. His major investment is in Globacom, and Conoil which plays in both the downstream and upstream petroleum industry.