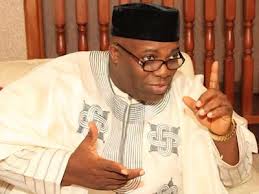 The latest rating of the Nigerian economy by the global rating agency, Fitch, which acknowledged the reforms being undertaken by the President Goodluck Jonathan administration in the power and agricultural sectors as well as growing investors’ confidence in the economy, has been received with satisfaction by the presidency.

The agency had on Wednesday affirmed Nigeria’s long-term foreign and local currency, Issuer Default Ratings, IDR and senior unsecured bond ratings at ‘BB-’ and ‘BB’ respectively with a stable outlook to the Nigerian economy.

The Presidency in its reaction to the report on Thursday stated that the rating was an attestation to the success story of the President’s socio-economic blueprint as spelt out in the Transformation Agenda.

Dr. Doyin Okupe, the Senior Special Assistant to the President on Public Affairs had in a statement said the rating was indeed gratifying.

According to him, it was pleasing that the rating agency acknowledged the robustness of Federal Government’s fiscal policies, which he noted had among others, ensured that the inflation rate declined to eight per cent; the lowest in five years, as well as ensured that the country successfully avoided “exogenous shocks,” which could have occurred as a result of severe flooding in most parts of the country last year coupled with the terrorist activities of Boko Haram in some parts of the North.

Okupe said, “The Fitch report, which is consistent with other global rating agencies’ verdict on the Nigerian economy, also indicate that the non-oil sector is recording appreciable growth in line with the policy framework of the Transformation Agenda and that Nigeria’s sovereign and overall external balance sheets, current account surplus, debt service ratio and external liquidity are all stronger than the BB category Medians.”

The presidential aide further stated that the volume of investments coming into the country in the last two years, especially in critical sectors was confirmed by the latest ratings just as he noted that the painstaking and transparent execution of critical components of the power sector road map launched by Mr. Jonathan in August 2010, has been lauded by economic experts and analysts, who described it as one of the largest singular privatisation exercises in the world.

Okupe added that the successful privatization of the Power Holding Company of Nigeria, PHCN, which yielded $3bn and had suffered various set-backs in previous years, had effectively put Nigeria on a steady path to uninterrupted power supply.