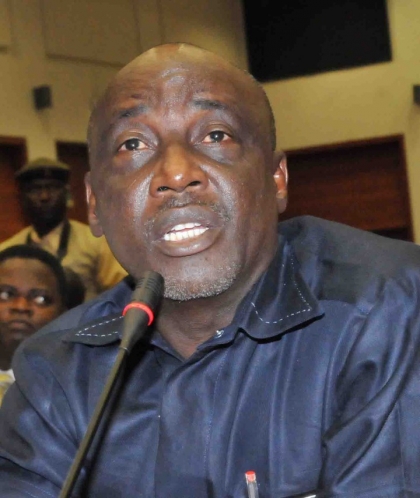 Minister of Interior, Comrade Abba Moro yesterday dismissed the directive by the House of Representatives that the N1,000 on-line application fee charged those seeking employment in the Nigeria Immigration Service (NIS) be refunded to the applicants, insisting that it is impossible.

The House of Representatives Committee on Public Service Matters on Wednesday had while launching an investigative hearing on alleged employment rackets in the public service, directed the Ministry of Interior to cancel the fee.

But Mr. Moro, in his response to the directive, said the fee subsisted adding that he was not bothered by the opposition to the fee by the lawmakers because he was doing the right thing.

Speaking at the inaugural meeting of the Ministerial Committee on Para-military Village Housing Scheme Development project Nationwide in Abuja, he said, “Parastatals and I do know the hazards of life threatening for the ordinary person, but I am aware that we are coming from a background of a distorted process of recruitment into the Nigeria Immigration Service where it was alleged that the process was compromised.

Moro tasked the committee on the need to take be alive to their responsibilities as it is no longer business as usual.