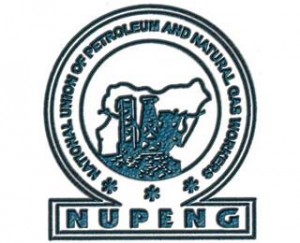 Nigeria Union of Petroleum and Natural Gas Workers, NUPENG, weekend, threatened stop distribution of petroleum products across the country if the Federal Government failed to implement the agreement reached with the Academic Staff Union of Universities, ASUU.

Although the union did not fix a specific date was fixed for the commencement of the solidarity strike, it said the strike became necessary in view of the lingering ASUU strike which the government had failed to resolve in the last three months.

He blamed the crisis on government’s failure to honour agreements, lamenting that this had led to the proliferation of strikes in nearly all sectors of the economy since the beginning of the year.

“We appeal to government to implement agreement reached with ASUU so that students can go back to school. If the crisis in the sector is not resolved, we will soon direct our members to embark on solidarity strike.”

Achese also blamed the Ministry of Labour for failing in its responsibility to check the breakdown and abuse of laws governing industrial relations practice in the country by employers including government.

“The Ministry of Labour needs to be proactive if we must get these issues nipped in the bud. The ministry also needs to make sure that agreements reached or communiqué signed are implemented.

“The ministry has a big role to play to avert strikes in the country. When unions begin to lose faith in the ministry that is when we have this kind of crisis. The labour minister should be firm in making sure that the right decisions are taken.

“As it is now, every activity in the Ministry of Labour is in the office of the Secretary to the Government of the Federation, SGF, which ought not to be so. The role of the SGF should be to intervene only when the need arises.”

The Nigeria Union of Teachers, NUT, had last week given the Federal Government two weeks ultimatum to honour the agreement it reached with ASUU or face total shut-down of the education sector in the country.

The total shutdown seems imminent now as the Academic Staff Union of Polytechnics, ASUP, resumes its suspended strike today after it said the government failed to fulfill its promises.