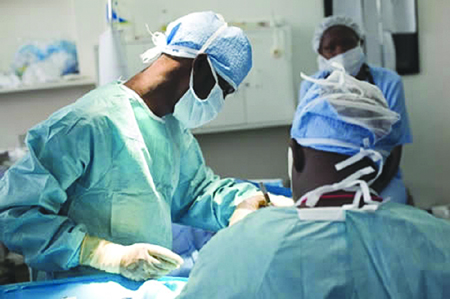 After several warning strikes to press home their demands to no avail, the National Association of Resident Doctors of Nigeria has announced the commencement of an indefinite strike action from Tuesday, October 1, 2013.

The association’s president, Dr Jibril Abdullahi, who spoke with reporters today in Kano said the decision to embark on strike though painful, is as a result of the Federal Government’s refusal to meet its demands.

The Resident Doctors’ demands include the following:

• That the payment of the arrears of salaries owed to House Officers has been cash backed and would be effected within the second week of September;

• That names of House Officers would be expunged from the Integrated Payroll Payment System (IPPIS);

• Federal Ministry of Health (FMH) would direct the various hospitals to prepare payment vouchers accordingly; and that

• The 2014 Budget would aptly capture and address the challenges currently experienced in the implementation of IPPIS in the sector.