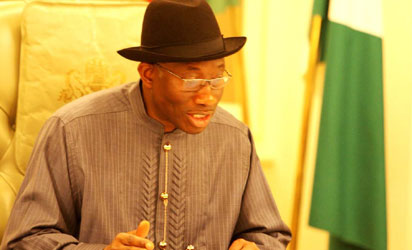 President Goodluck Jonathan will make an Independence Day Broadcast to the nation on Tuesday, October 1, 2013 at 7:00 a.m.

A statement by his special adviser on media and publicity, Dr. Reuben Abati advised all television and radio stations in the country “to hook up to the network services of the Nigerian Television Authority (NTA) and the Federal Radio Corporation of Nigeria (FRCN) to relay the broadcast to their viewers and listeners.”The Independence Day anniversary broadcast comes 48 hours after President Jonathan hosted the presidential media chat.