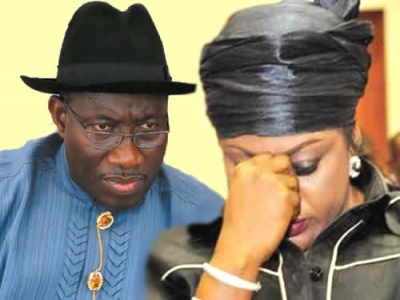 The All Progressives Congress (APC) has warned that President Goodluck Jonathan may become an accessory to corruption if he insists on shielding Aviation Minister, Stella Oduah from the consequences of the massive corruption and abuse of office over the purchase of two armoured cars at a reportedly inflated cost and without recourse to due process.

APC’s Interim National Publicity Secretary – Lai Mohammed, in a statement issued in Lagos on Sunday, said the party reached that conclusion after juxtaposing the evidence that has come out on the scandal against the actions so far taken by the President.

Mr. Jonathan had last week set up a three-man panel chaired by the immediate past Head of the Civil Service of the Federation, Alhaji Isa Bello Sali, with the National Security Adviser, Col. Sambo Dasuki (rtd) and Air Vice Marshal Dick Iruemaberi (rtd) as members, to investigate the alleged procurement of two armoured BMW 7 series cars at the cost of N255 million for the embattled minister by the Nigerian Civil Aviation Authority.

APC’s statement reads in part: “It has now emerged that the money spent to purchase the armoured cars was not appropriated, which is a violation of the Nigerian Constitution; that due process was not followed in buying the cars, as the Bureau of Public Procurement (BPP) has testified, and that the Minister – who was said to have approved the purchase – violated the law by approving an expenditure over the 100 million naira limit.

“These revelations make the Oduahgate a straightforward case that should have been summarily dealt with by the President. Instead, he has engaged himself in a rigmarole by setting up a diversionary administrative panel in what is now looking like an orchestrated ploy to buy time, hoping this issue will die down and the Minister will escape being sanctioned.

“Unfortunately for Mr. President, Oduahgate is not just another scandal, but a referendum on his Administration’s fight against corruption, and on the legacy he intends to leave in this critical area,” it said.

APC also accused the President of thumbing his nose at Nigerians, who have expressed outrage at the action of the Minister, by approving Ms. Oduah’s travel to Israel as part of his entourage.

“No one believes the dummy that is being sold to the public, that the Minister was denied access to the President in Israel. The egregious act of putting the Minister on his entourage, at a time she is at the centre of a terrible scandal, calls to question the President’s sense of propriety and his commitment to the war against corruption.

“This indecorous action of making a Minister who is under investigation for monumental corruption and abuse of office one of the faces of Nigeria in a foreign land is an embarrassment to the country and its people, and a further dent on the poor image of the Jonathan Administration. We condemn it most whole-heartedly. We now understand why corruption has grown wings under the Jonathan Presidency, and why the Administration may well go down as the most corrupt in the country’s history,” the party said

It said through his body language, President Jonathan is sending a signal to his Ministers that it is alright to be corrupt, wondering whether the President is aware of the joke making the rounds that there are five Super Ministers in his cabinet whom he can neither sanction nor remove, irrespective of their actions, because they are the ones ferreting funds into his war chest for 2015. In other words, any of his Ministers whom he perceives as key to his re-election ambition can even loot Aso Rock – the seat of power, and get away with it!

“We do not know whether this is true or not, but we do know there is no smoke without fire, and that the seeming attempt to sweep Oduahgate under the carpet lends some credence to the joke,” APC said.

The party noted that because of Mr. Jonathan’s waffling in dealing with what is a straightforward case of corruption, misguided people have now resorted to crowd hiring to protest against the growing calls for the Minister to be sanctioned over the scandal – a very sad case, since those being hired for such disgusting protests are the real victims of the mindless corruption that has permeated the land.

“These sponsored protests are just the beginning. Next, they will either engineer or hope that a spectacular violent attack, a la Boko Haram, will occur to take attention away from the scandal. They may also charge some out-of-luck folks to court over the scandal and then say they cannot act on the issue anymore because it is sub judice,” it said.

APC said, however, that the party as well as other concerned groups and citizens are closely monitoring the developments on Oduahgate, and will not allow it to be swept under the carpet, in the interest of the millions of Nigerians, who have been consigned into the lowest rung of existence by what it termed a rapacious administration.