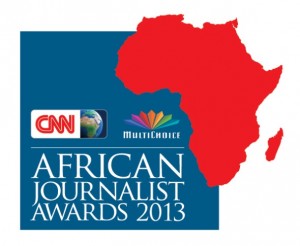 Two Nigerians out of the three who made it to the finals of the CNN/Multichoice African Journalist of the Year Awards held in Cape Town, South Africa, yesterday won awards in their respective categories.

The two winners are Oluwatoyosi Ogunseye of Sunday Punch in the UNICEF-sponsored Environment Category and Tolu Ogunlesi, a freelance journalist for Ventures Africa, Nigeria, in the Coca-Cola Company, Economics and Biz Awards category.

Ogunlesi’s story was an investigative report on the Eko Atlantic City.

He dedicated the awards to the millions of down-troden people in Nigeria and around the world. He beat the third nominee from Nigeria, Geoff Iyatse, who works for The Guardian to win the award.

The overall winner, South African’s, Msindisi Fengu and Yandisa Monakali, emerged for their piece on students’ hostel which looked like prison cells in South Africa. Last night’s colourful event, held at the Cape Town International Convention Centre, CTICC, was the 18th in the series of the yearly event.

Other freelance journalists who won awards were Noicola de Chaud, with a documentary in the Culture Category and Florence Dallu in the Radio General News Category.