A small plane glided over the eastern UK on yesterday evening with two people on board: the pilot and a passenger. Nothing seemed out of the ordinary until the pilot suddenly fell ill at the controls. 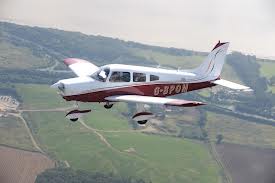 He made an emergency call to Humberside Airport, but the next step was already clear: The passenger would have to land a plane for the first time.

One of those instructors, Roy Murray, had just stepped inside his home when he got a call from air traffic control. He tried to calm the passenger down while giving him instructions.

“There was other things against us, really. The light was going, it was getting dark, so we had to change runways with him,” Murray said.

The passenger, whose name was not released, flew over the runway to familiarise himself with his landing target. Then he circled it again. And then one more time, just to be safe.

The plane finally touched the ground.