The question of whether Nigeria’s number one enemy, Ibrahim Shekau, the leader of the dreaded sect Boko Haram, is alive or dead still remains unanswered. 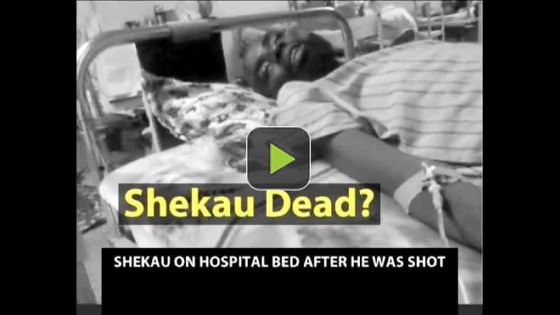 According to security report, they said he may have died as a result of wounds he sustained during a shoot-out with security agents sometime in july. He was almost captured, but his aides managed to evacuate him across the border to cameroun.

They said Shekau didn’t make it but there was no evidence to prove it, until recently when this picture surfaced, showing him on hospital bed and looking lifeless.

Security agents have maintained that the boko haram leader may have died.

However, in a recent development, security agents have claimed that Shekau has been cloned.

The security statement in abuja says the person who purported to be shekau in the most recent video of his is a clone as they have scrutinized the vidoe and found some irregularities.

Therefore, the conclusion of the security agencies for now is that-lets wait and see, but the cautious optimism is that this picture you are seeing is that of shekau on his dying bed.