The Federal Government on Tuesday marked the 53rd independence anniversary celebrations with a special presidential change of guard and signpost ceremony at the fore-court of the Presidential Villa, Abuja.

The parades which replaced the flamboyant anniversary which usually holds at the Eagle Square until 2011 following the spate of terrorist attacks, was conducted by 136 officers and men of the Nigerian Army under the command of Brig.-Gen. Emmanuel Atewe.

Pictures from the ceremony after the cut… 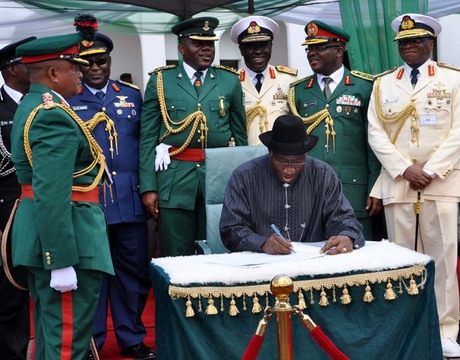 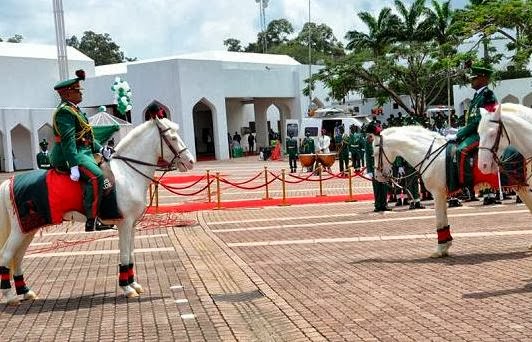 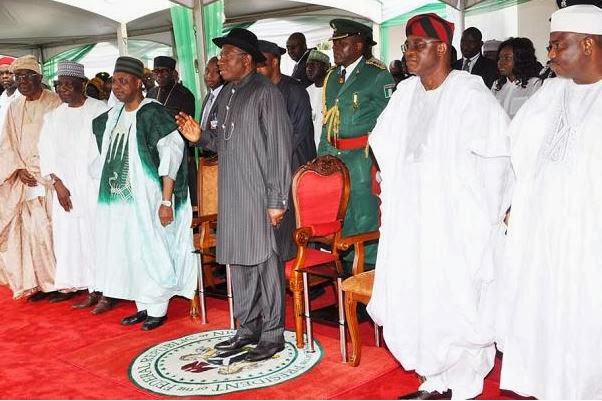 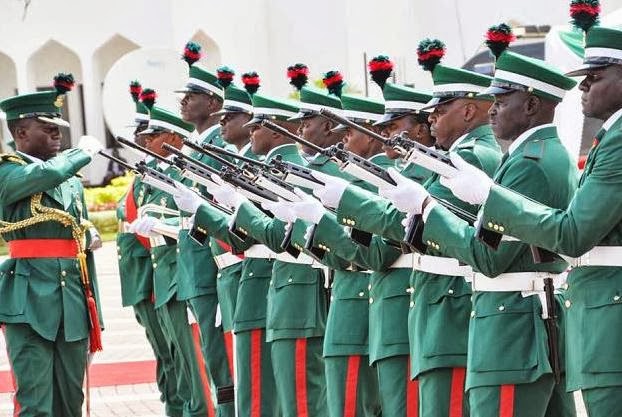 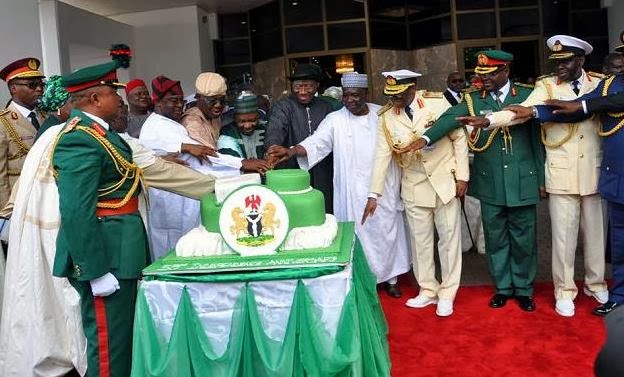 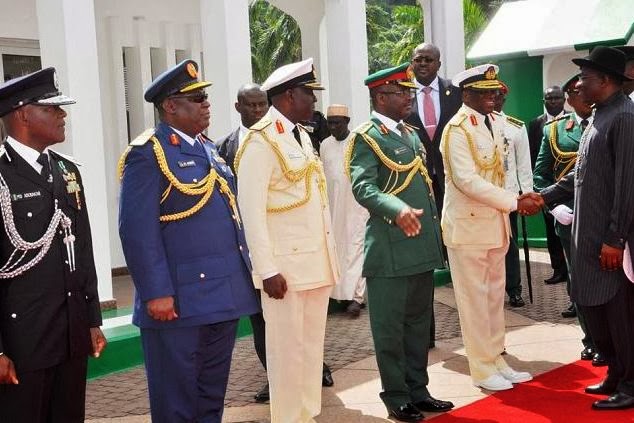