William Masvinhu once again received the title of the ugliest man in Harare on Friday night at the City Sports Bar. 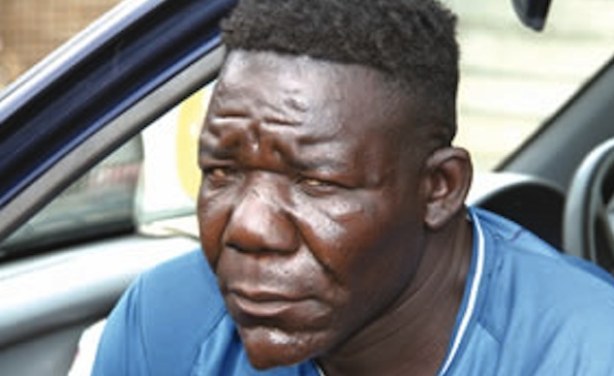 The competition which pits a group of ‘aesthetically challenged’ men against each other in a contest to win the title of ‘Mr Ugly Harare’ was first held in 2011. It is worth mentioning that the competition received a lot of criticism, still it has gained even more popularity.

This year the participants were reportedly rewarded with overalls, safety shoes and rain coats; the first runner up, Benny Chakanyuka also received US$100 and the second runner up Funny Musekiwa walked away with US$50 and groceries.

The grand prize winner got the crown, prize money and, what is more, a year’s school fees for one of his children – his wife was very happy about it.

Speaking to journalists about the preparation process he went for the contests, Masvinu said no preparation was needed because it all came naturally for him.

“My ugliness comes naturally to me and although I did a bit to prepare for the show, I let them do the rest,” the winner said.

“A bit of choreography together with his funny clothing helped him on stage but it was all minimum effort,” his manager, Michael Gundo, said.