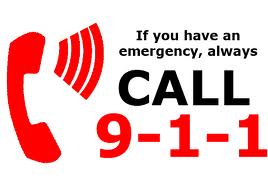 Police in New Jersey said they arrested a man who made repeated 911 calls and demanded dispatchers send him a taxicab.

Linden Police said Robert Nedeski, 36, got into an argument with his cab driver around 3 a.m. Thursday and ended up at a gas station in Linden without a ride home to Edison, The (Newark, N.J.) Star-Ledger reported Thursday.

Police Capt. James Sarnicki said Nedeski made “numerous” 911 calls demanding emergency dispatchers send him a replacement taxi. Police found Nedeski at the nearby Benedict Motel and asked him to stop making the calls, but he became belligerent and swore at the officers, Sarnicki said.

Sarnicki said the Nedeski resisted arrest on a disorderly conduct charge and was eventually pepper-sprayed and taken into custody.