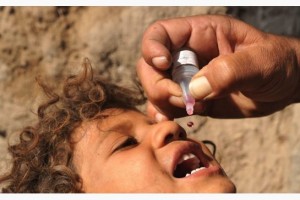 The World Health Organisation has confirmed an outbreak of polio in war-torn Syria, which had been free of the crippling disease since 1999, and said it feared it would spread.

Spokesman for WHO’s anti-polio division, Oliver Rosenbauer, told reporters on Tuesday that laboratory tests had confirmed the presence of the disease in 10 out of 22 suspected cases reported almost two weeks ago.

“Out of those 22 being investigated, 10 are now confirmed to be polio type one,” Rosenbauer said in Geneva.

Laboratory results were still being awaited on the remaining 12 suspected cases in Deir al-Zor, he said.

“Of course this is a communicable disease. With population movements it can travel to other areas. So the risk is high for its spread across the region,” Rosenbauer said.

All 22 children were stricken with acute flaccid paralysis, which is the symptom of a number of different diseases, including polio.

“The other 12 are still being investigated,” he said, adding that test results were expected in coming days.

Disease surveillance is now ongoing across Syria and neighbouring countries as well, to look for other acute flaccid paralysis cases.

The cases were clustered in the northeastern Deir Al Zour province, and all affected children are under the age of two.

“There are no additional ‘hot’ cases that we know of. Of course disease surveillance is now ongoing across Syria and neighbouring countries as well, to look for other acute flaccid paralysis cases,” said Rosenbauer.

The next step is to analyse the genetic code of the virus to try to track its source.

Last week, as they waited for confirmation of the cases, aid agencies and Syrian health authorities stepped up efforts to vaccinate 2.4 million children against polio, as well as measles, mumps and rubella.

The UN says that 500,000 children in Syria have not been vaccinated against polio in the past two years due to insecurity.