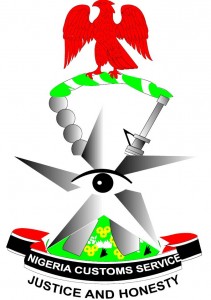 5,390 cartons of imported poultry products worth over N37.7millon has been destroyed by men of the Nigeria Customs Service (NCS) Oyo/Osun Command in Ibadan, saying that importation of poultry products, which ought to be produced locally to boost indigenous firms is not good for local farmers in the country.

Making this known at the dump site where the contraband items were burnt in Ibadan, the Customs Area Controller (CAC) of the Command, Mr. Richard Oteri, explained that the products were concealed by smugglers with other items in different vehicles in an attempt to escape security checks, but were intercepted through intelligence gathering by the Crack-Squad of Oyo/Osun, led by DSC Olajogun J. A. along old Eruwa road at Ulugun.

“The importers of poultry products and other goods that are prohibited by the Federal Government will continue to suffer losses until they desist from this criminal act to allow sanity in our economic environment. Consumption of such products is dangerous to health because of the time the birds were killed,the method of conveyance and preservation system, which can not be determined,” he said.

“We are working in line with government’s economic policy to facilitate trades and protect local industries from unhealthy competition through influx of contra-band goods from other places. For instance, importing poultry products worth millions of naira is detrimental to local farmers operating in the country. Also, such illegal act constitutes serious economic sabotage and if not tackled will hinder the programmes put in place by government to develop the agricultural sector,” Oteri said.

“The smugglers used smaller vehicles to pass through the bush but our officers still caught them. We are advising Nigerians to engage in legitimate businesses that will enhance economic growth and development rather than nefarious activities capable of impeding growth of local industries. There is no hiding place for smugglers in Oyo state.”