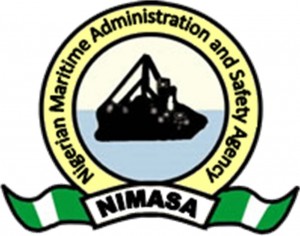 The House Committee was set up to ascertain how much has accrued into the CVFF, including the interest, as well as how much the Fund disbursed and to whom it gave the money. It also demanded to know why such huge amount of payment was made to Global West.

During the investigation, a member of the Committee, Dr Adejare Samuel Babatunde, raised an alarm at the amount of money paid to one single company, and demanded that a detailed bank statement of account of the CVFF be forwarded to the committee.

The committee, it was gathered, was also irked by the payment of 50 percent of NIMASA’s generated revenue to the said company, contrary to laid down financial regulations of government.

The committee also picked holes at the NIMASA CVFF accounts and demanded an explanation on the movement of monies from the Fund to other accounts.

Beside the unauthorized movements of monies from the Fund, the committee further demanded the disclosure of names and the consultants engaged by NIMASA and how much has been paid to the consultants.

The committee then called for an amendment of the Cabotage Act with a view to quickening the process of disbursement of the CVFF which has been hampered by the guidelines.

“The guidelines can be changed any time but changing the law is more cumbersome because by your explanation, we will run into trouble by 2015 when double hull vessels will be phased out.

“We also want the break down of the interest that accrued to the Fund on a year by year basis,”Adejare said.

Earlier in his opening remarks, the Speaker of the House of Representatives, Aminu Tambuwal, expressed concern at the state of the Nigerian maritime industry, which he said has been occasioned by ineptitude and poor regulatory framework.

His words: “ The fear is that some unpatriotic people are misapplying the Cabotage Vessel Financing Fund to the detriment of its objectives.

“Following the concern expressed by stakeholders and the Nigerian public on the irregularities occasioned by the misapplication of the Cabotage Vessel Financing Fund, the House considered a motion on the subject matter and resolved to set up the Ad-hoc Committee to investigate the application of the Fund so as to address the challenges and find a way forward.”

Defending the payment, NIMASA’s Director General, Mr. Patrick Akpobolokemi, said there was an agreement between the Federal government through the agency and the firm.

Akpobolokemi explained that the agreement was that 50 percent of extra revenue generated by NIMASA should be paid as consultancy fee to Global West.

He explained that in the agreement government had with Global West, the firm was to provide platforms and intelligence that will assist the agency in blocking loopholes and fight crimes that can hinder its financial growth.

The Cabotage Vessel Financing Funds currently stands at over N30billion, including its interest. About six indigenous shipping companies have applied to access the Fund.

The applicants, Vanguard learnt, are currently undergoing security screening by government before the Fund will be disbursed.

Efforts to reach the management of Global West Specialist Vessels Limited were futile as the firm’s spokesman Mr. Paul Bebenimibo refused to take calls and reply to text messages sent to his phone. [Vanguard]