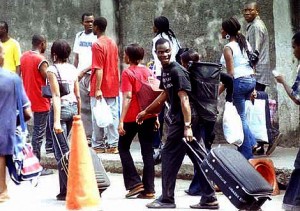 In an interview with Channels Television, the SSANU Public Relations officer in Bayero University Kano (BUK), Nura Garba says the federal government has not paid their August and September salaries, the situation which the union says has caused progressive hardship among its members.

The union through its Public Relations Officer SSNU, BUK chapter, Nura Garba demanded that its members’ two month salaries be paid and that the federal government should stop punishing them with ASUU.