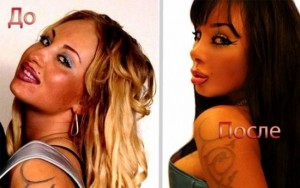 Alyona Piskun is considered a victim of plastic surgery. Although she is only 25 years old, the controversial Russian singer and internet celebrity has completely changed her appearance by going through 13 different cosmetic procedures.

Alyona is one of the most controversial artists in Russia. Her music and performances are viewed by many as obscene, and she has recently gotten in trouble with the law after a scandalous photo-shoot at one of the most sacred places in the country, the Mamayev Kurgan monument.

But the most shocking thing about the 25-year old is her addiction to plastic surgery. After going through 13 major cosmetic procedures, including four rhinoplasty surgeries, a mentoplasty (chin defining), blepharoplasty and cheek liposuction, the Russian singer has completely changed her appearance. Comparing photos of her from just three years ago with her most recent one, it’s hard to believe we’re talking about the same person. The only things that give her away are the tattoos.

“In just three years I have changed dramatically, not only on the outside but also on the inside. I do not regret having had the plastic surgeries, because every time I get something done I become more and more beautiful,” Alyona Piskun wrote on the VK profile. 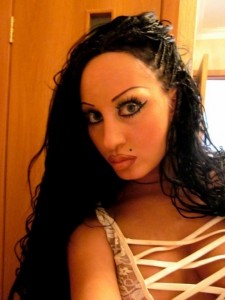