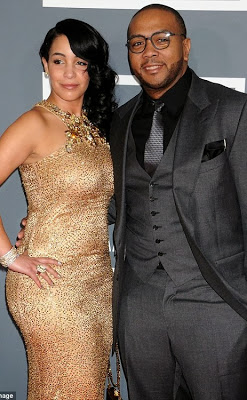 Music producer and singer, Timbaland, has been making huge profits in the last two years but it seems all that is about to be split in half.

Timbaland’s wife of five years, Monique Mosley, has officially filed for a divorce.

Monique, in her divorce document obtained by TMZ, is asking for child support for their 5 year old daughter, Reign and also for her 10 year old son from a previous relationship.

Monique who in her court document said she had to borrow money from a friend to pay her lawyer is also seeking for “rehabilitative alimony” and permanent alimony in addition to funds while divorce proceedings continue.

Timbaland has a net-worth estimated at $80 million according to the website Celebrity Networth.