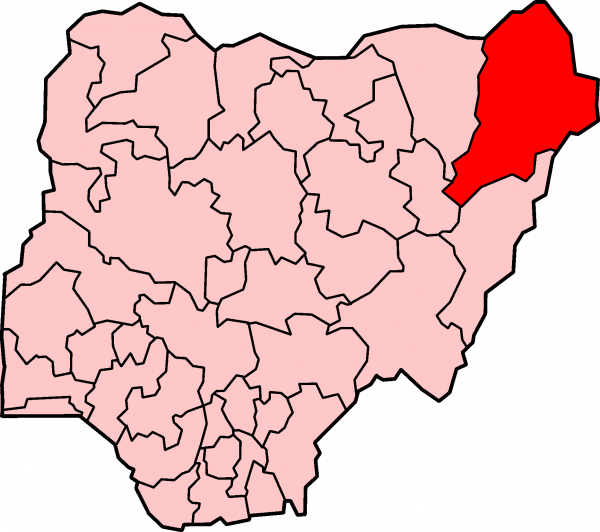 This became possible due to the intelligent report available to the military troops according to it, over 100 Boko Haram sect members had mobilized in a nearby bush close to Bama town with sophisticated weapons to attack Bama and Konduga local government areas of the state on Monday morning (today).

Bama is about 75 kilometres away from Maiduguri, where unspecified number of terrorists at Izza villages near Bama town were killed last week by the Division troops.

While 5 Hilux vehicles mounted with anti-air craft guns conveying the terrorists with 18 seater bus with suspected foodstuff belonging to them were destroyed before their mission to launch a deadly attack in Bama.

Konduga is about 40 kilometres away from Maiduguri Metropolis which also witnessed a deadly attack on some muslim faithful while performing their morning prayers in a mosque in the town last month killing over 40 people.

When the terrorists have gathered and were about to move to Bama and Konduga (which shared the same common boarder), men of the 7 Division ambushed them with Armoured Patrol Tankers and RPG guns.

During the operation approximately 40 terrorists were killed, their arms and ammunitions were recovered.

A Security Source who is not authorised to speak to the Press confirmed the incident in Maiduguri.

“Yes, there was an averted twin deadly attacks by suspected Boko Haram insurgents in Bama and Konduga Council areas of Borno state.

“The killed terrorists were on a deadly mission to launch a twin attacks in Bama and Konduga councils, but luck run out of them as the Division had the information about hundreds of suspected terrorists to be coming out from their camps in Sambiza Game Forests.”

Over hundred terrorists were ambushed by security operatives based on intelligent report near Bama town and that unspecified number of the terrorists were killed using bombs and our sophisticated weapons.”

Due to lack of telecommunication service for the past four months in Borno, both the acting Spokesman of the 7 Division, Captain Aliyu Danja and the Police Public Relations Officer, DSP Gidoen Jubrin could not be reached for confirmation of the incident.
Source: Vanguard Newspapers