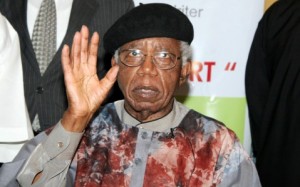 Late literary icon, Professor Chinua Achebe, who died last March in Boston, the United States of America has been honoured by the United Nations by devoting November 15 to the great man at an event that will hold at Dag Hammarskjold Library Auditorium, UN Headquarters, New York.

In an invite made available to journalists by the United Nations SRC Society of Writers and United Nations SRC Film Society, the global body said the event featuring music, film, readings and recollections by family and friends, is part of Achebe’s 83rd post-humous birthday celebrations.

On its website, the United Nations Population Fund (UNPF), through its Executive Director, Dr. Babatunde Osotimehin, said: “Prof. Achebe will forever be credited for his leading role in shaping the course of Africa’s literary traditions and for conveying its authentic voice to the world at large.”